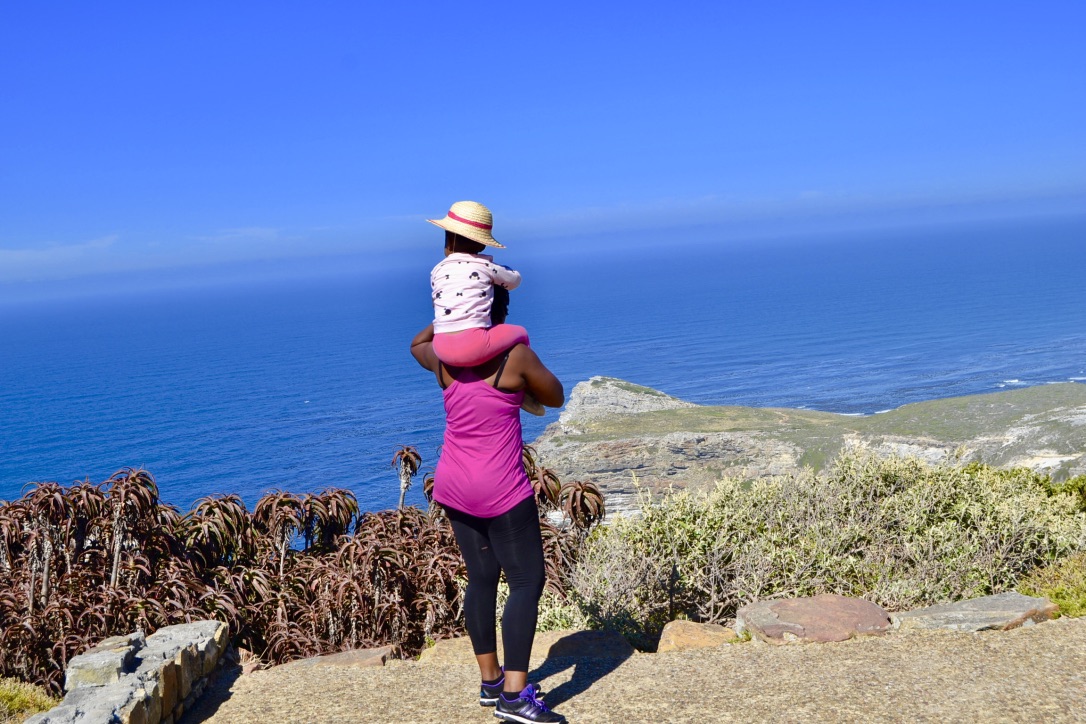 It took me much longer than I had hoped to write this post. It also seems I had underestimated the amount of time i’ll need to recover from the road trip exhaustion!

So seing that today is the 1st of Jan, let me start first by saying Happy 2017. I hope this year brings you everything your heart desires and more :). 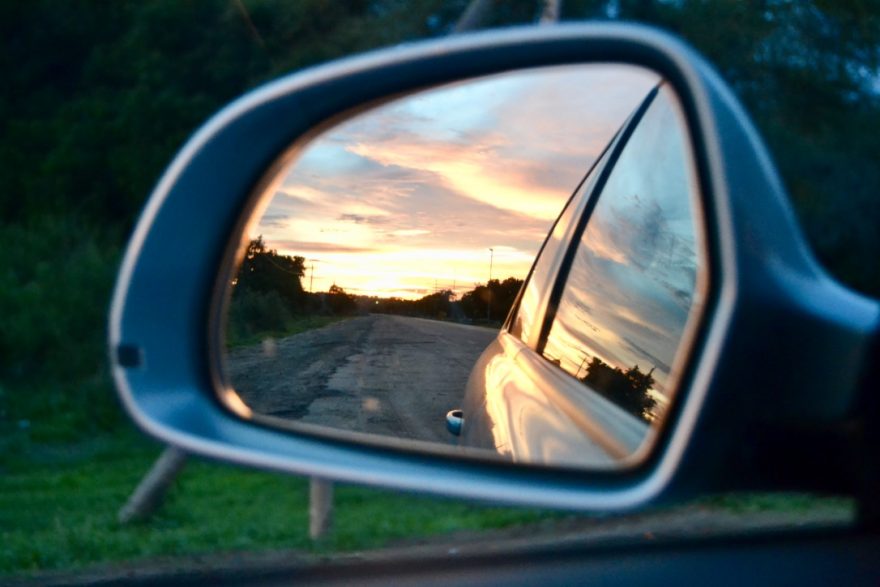 It’s been about 5 days post our road trip and to be a little honest I am still feeling a little tired but no regrets. We drove over 12 000km, went to 7 different countries, South Africa included {Namibia, Lesotho,Swaziland, Botswana, Zimbabwe, and Mozambique}, 7 Capital cities, and all nine (9) South African provinces. Pretty insane right! But it was absolutely FUN. Just in case you missed the 1st post about the road trip, you can read it here. It’ll tell you all about how this trip came about :).

Since I wrote the 1st post about the road trip, a lot has happened. We got to finally see Robben Island and this was a very emotional trip for me. I am not much into politics but hearing about the conditions that the political prisoners were living under while in prison literally had me reaching for a tissue. It made me realize just how far we’ve come not only as a country but also as people. It also taught me an important lesson which I think is so profound – “We must never forget but we must move on”. 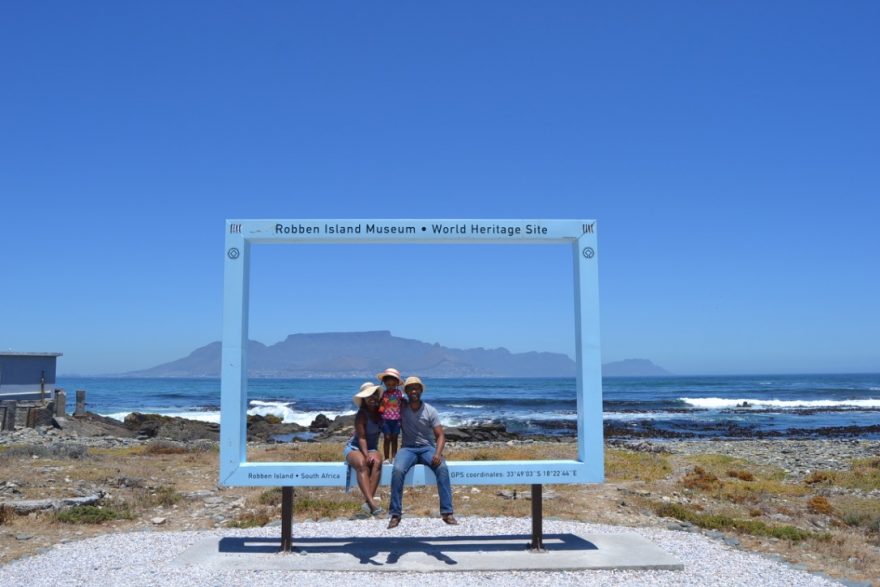 We got to hike up to Cape Point which was about the hardest thing i’ve done in a while. Boy, am I unfit! While we on the hiking topic, I do need to mention that we totally chickened out of riding the Cable way/car to get to Table Mountain. We both – myself and my bf – gave it one look and silently freaked out and then loudly agreed that we are not doing it – talk about mutual decision :).

From Cape Town we took the garden route and went up to George, Port Elizabeth, East London, Durban, and Richard’s Bay. We spent about 1 night on average in each town depending on how hectic the drive was. As expected some cities were  a little less exciting while others were straight up off the hook. At times we had to seriously dig a little deeper to gather the courage to leave all those exciting towns. It wasn’t always easy but it had to be done. This was a road trip after-all. 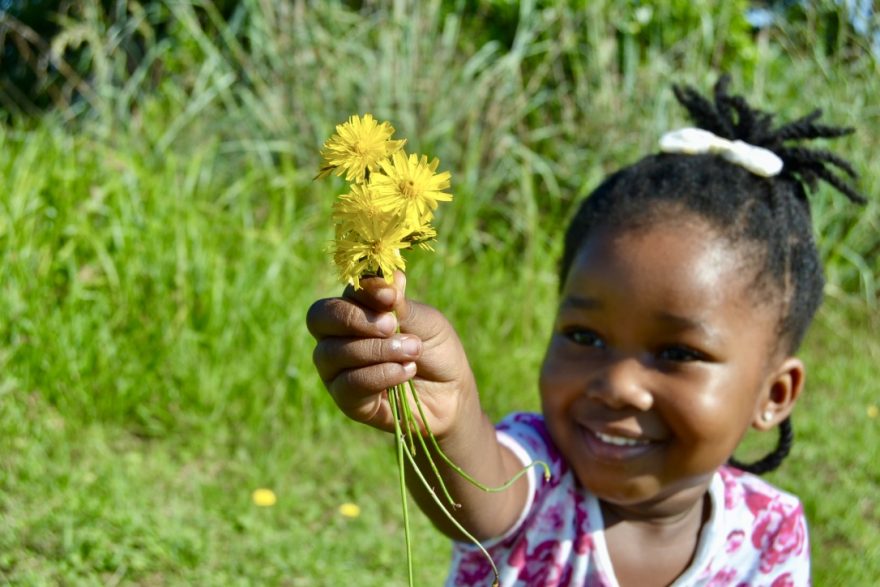 On Day 13, we were in Swaziland and sadly it was pouring rain. We weren’t able to get as many good pictures as we wanted but, we had fun. Kbear – being a sweetie bear she always is – picked out some flowers for Mommy, ran around the field, and even got to make a new friend (Little girl called Juba). Swaziland is a pretty magical country; so green, calm, and full of beautiful landscapes. Not much is happening over there but if I were to choose a country in Africa to live in, it’d be Swaziland without a doubt.

By Day 14/15, we made our way to Mozambique. It was a small about 4 hours drive from Swaziland to Mozambique. The weather was beautiful, sky was blue and before we knew it we were at the boarder. We quickly got our passports signed and filled in all the paper work. A couple of minutes later, we were in Mozambique and we were sadly very uncomfortable. This is the one country that we didn’t enjoy quite as much. Granted, we only went to Maputo so I can’t really pass judgement on the whole country based on a small part we saw. Initially we had planned to spend the night in Maputo but we settled for a few hours then made way to Nelspruit – back in South Africa. I am not going to go into details about Maputo because despite the discomfort, It was rather exciting to be there and actually see it first hand. 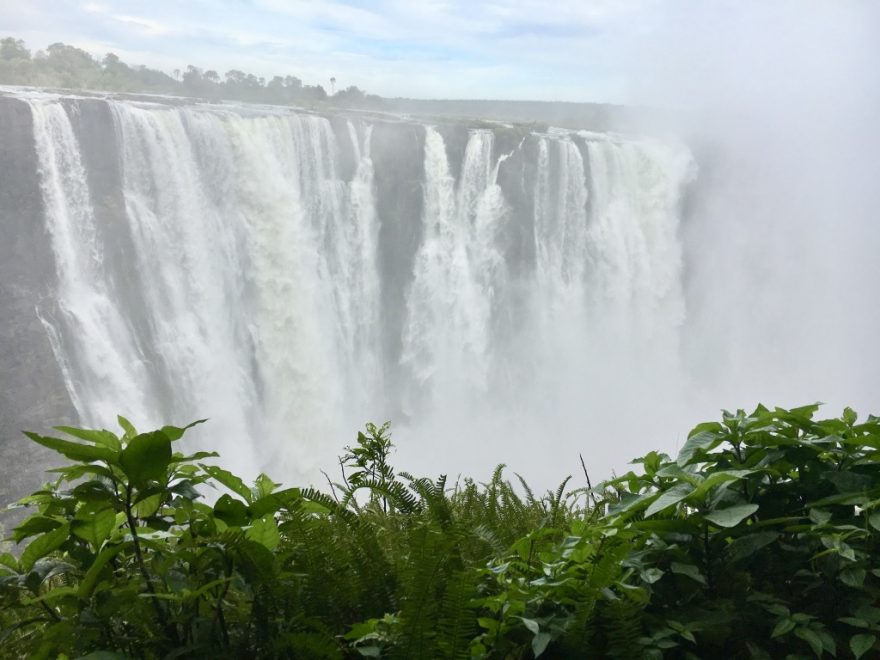 The highlight of our Road Trip was seeing Victoria Falls. I am truly glad that we saved this destination for last. Though getting there was not the easiest thing – from having to sleep at the Zimbabwe boarder gate (we underestimated the traffic at the boarder the day before Christmas) to only napping a few hours in the car; It was simply breath taking and well worth the trouble. I’ve never seen anything so spectacular.

With all the drought that we’ve been going through in our country, I was a little worried that the Victoria Falls would be a little dry. But boy, was I wrong! We had thee most magical Christmas day ever, walking around Victoria Falls and taking a ton of pics. I absolutely would not mind visiting Victoria Falls every single year. Definitely worth the money.

Around Day 16/17, we made our way to Botswana, where we literally almost drove into an Elephant – no kidding. We drove through the Nature Reserve and the elephants in all their glory walk around. One of them happened to just cross the road out of the blue and though we were very aware of the elephant, and saw it from a distance, it was a rather scary moment. I’ve never been that close to an elephant before, it was kind of scary to have be literally right outside my car window even though it was for a split second. Now we look back and laugh so hard about that incident but mostly we laugh at ourselves for freaking out that hard.

Anyway, by Day 17, we crossed the boarder from Botswana and began to make our way home. It felt really great to be back in South Africa. No matter how many times I travel or how far I go, South Africa is where my heart is and that to me is home.

This was by far the most memorable family holiday we’ve been on. Kbear enjoyed it more than I thought she would and for a 3 year old, she did FANTASTIC. Driving around, camping, with hotel stays here and there, eating junk food, dancing and listening to audio books. It was just what we needed and if we had time, we probably would do it all over again in a heart beat.

How was your December holidays? 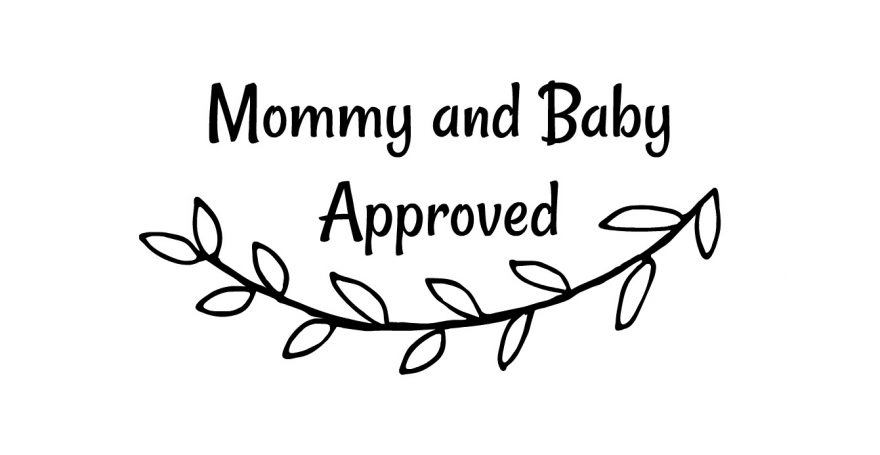